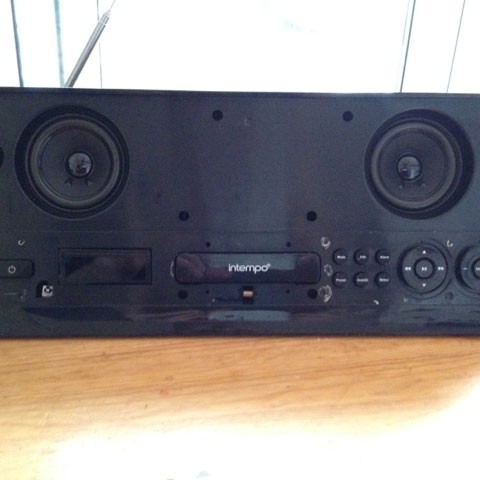 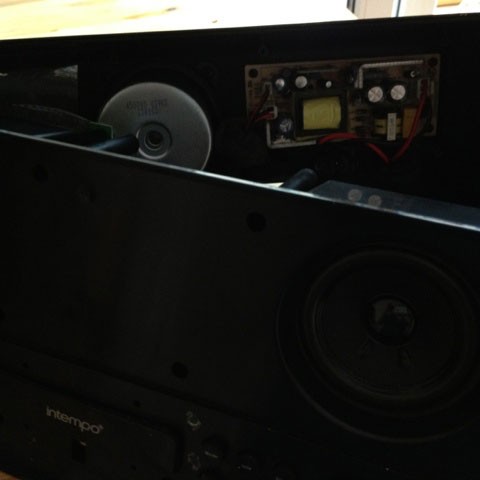 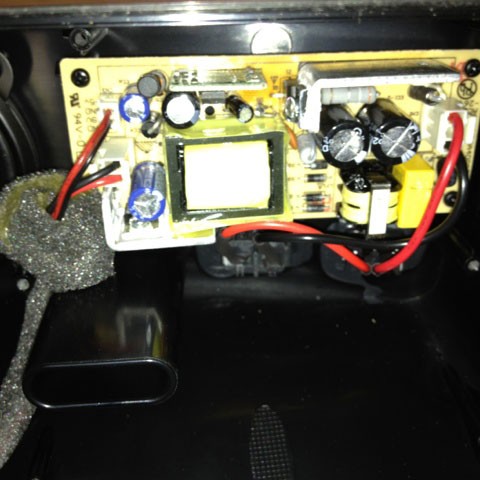 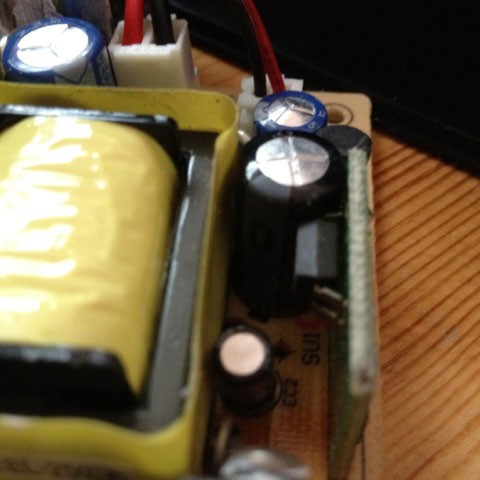 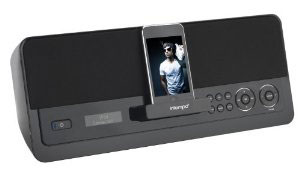 I’ve had mine for a couple of years so it’s well through the warranty period. About 12 months ago it started to show signs of dying. It would work fine as a DAB radio but if you plugged in an iPhone it would cut the audio out. The speakers would emit a high pitched whistle which changed in pitch over time. You would then get a crack and audio would return. It was obviously the power supply at fault. It sounded like a cap was struggling to charge and once charged all was well.

I lived with it until it eventually broke completely. The display was even dim.

I too off the speaker grill and removed 8 screws. The unit refused to come apart. There must be some hidden screws. I removed the plastic faceplate around the buttons to expose 4 more screws. The faceplate was just held on with a glue like double sided tape.

Once inside I located the power supply and removed it to inspect it for anything obvious. There was an electrolytic capacitor which was bulbing. This is a classic sign of failure. Luckily it hadn’t leaked. I desoldered it, removed it, got a replacement from the junk box and put the new one in place. It was a 1000uf 10v and I put in a 16v as that is all I had and should be fine.

I plugged it back into the mains and hey presto it works as new again. 🙂

Really pleased as I think the device is great and I’m not fond of the style of the new model.

Pictures below for anyone wanting to attempt the repair themselves. Not all faults will be down to this component but it is so cheap to try, give it a go.