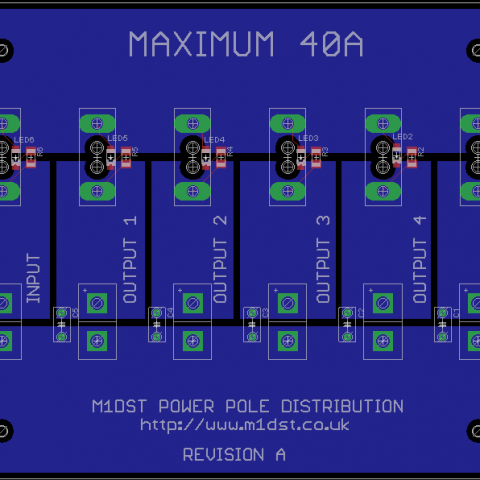 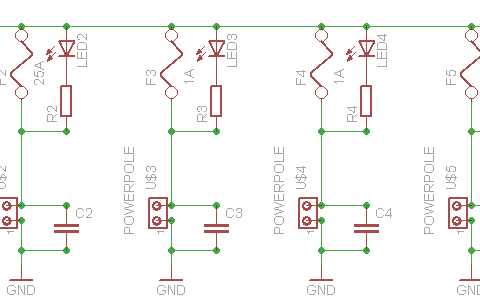 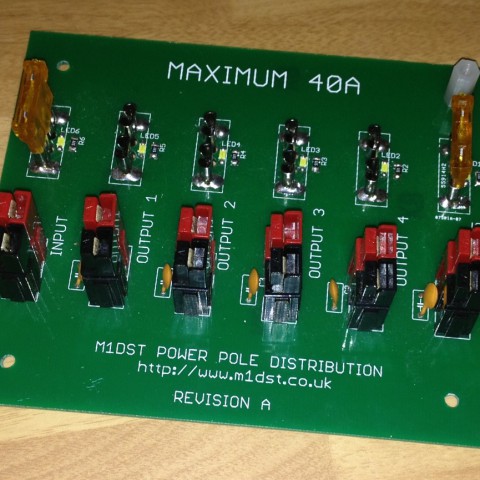 Having decided to standardise on the Anderson Power Pole connector I realised I would need some kind of distribution system. I didn’t want to pay the amount of money being asked for the RigRunner series so looked around the web to see if others were home brewing.

There were many projects although I wanted something which allowed each terminal to be fused. The other requirement I had was a wanted several of them for mobile/portable and in the shack. A commercial solution would be very expensive.

I did the maths to work out trace widths and copper thickness required to carry 40A current at 13.8V and then started looking at fuse holders and the other components required to populate such a board.

I mocked up the custom parts in Eagle using the components datasheet and drew the schematic and board too. I have some prototype boards being manufactured in China to ensure the design is solid. When I discussed the project with a few people at my local radio club I received a good reaction and a few people said “I’ll have one.”

My plan is to get a run of PCBs produced which I will make available. Some fully populated, a kit and just the bare PCB.

I have found a suitable enclosure too and will investigate laser cutting to completely finish the project.